Haven’t you heard? Independent Midwives are still alive and kicking!

I initially wrote this in 2015 to clear up the misinformation being given to women who were seeking care from an Independent Midwife. A lot has changed since then, but we’re still here.

You may or may not know who Independent Midwives are. You may not have heard about our struggle to keep practising over the past few years. Well, I’m here to tell you that Independent midwives are still here – we made it!

I was dismayed recently to hear a couple of women report that they’d been told that Independent Midwives had ceased to be able to practice. One had been told by an NHS radiographer that he was glad she was not booked with an Independent Midwife. Another was told by an obstetrician that independent midwives have no insurance, and that if you try to sue them you cant, because they put their houses in someone else’s name! Luckily both of these women were able to update the knowledge of these health professionals. So for clarity I have decided to give you the facts.

When I first became an Independent Midwife in 2005 there was no professional indemnity Insurance (PII) available to Independent midwives, and we had to inform women of this before we booked them. What this meant that women were given this information when they enquired with us, given it in writing at consultation, and signed to say they understood that we had no PII at their booking appointment. The implications of this were that women could sue us personally if they wanted to. Our professional relationships were built on trust, and lots of women were cared for under this arrangement. I personally cared for 2 lawyers and one hospital consultant under this arrangement.

We were informed that PII would become compulsory for all registered midwives just a few years later due to a European directive being implemented.

To cut a very long and painful battle short, The Independent Midwives Association (IMA) split and became Independent Midwives UK (IMUK) and some formed Neighbourhood Midwives. When the deadline came in 2014 we had fulfilled all requirements, and against the odds we remained able to practice. Which we did so happily until 2017 when our governing body, the Nursing and Midwifery Council (NMC), decided our insurance was inadequate.

The only way forwards from there was come under insurance held my companies such as Private Midwives or One to One. This of course has increased our insurance premiums and therefore the cost to our clients.

Despite all these hurdles brave midwives still care for women outside of the confines of the NHS, and brave families somehow find a way to pay.

“They tried to bury us. 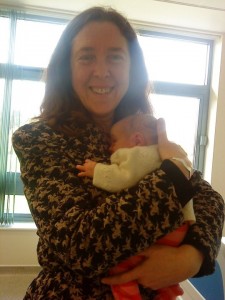 They did not know that we were seeds.” (Mexican proverb)